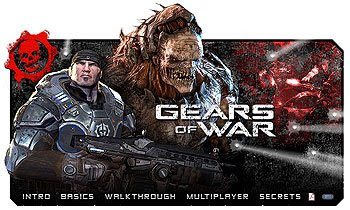 Here’s what I’m in the middle of currently:

Xbox 360: Dead Space, RE5, GTA IV, GTA TLAD (Unreal Tournament 3, Ghost Recon/FIFA & NHL 09, FIFA Street)
PS3: Killzone 2
PC: Crysis (crymod), Fallout3, World in Conflict (World of Goo)
GTA IV could take as long as a year to play at my pace. (On a related note, I concur with earlier reviews of The Lost & the Damned add on: Johnny Klebitz is no Niko Bellic. In fact, playing among that whole biker crowd makes me want to shower afterwards.) Games are coming out too fast to keep up. There isn’t enough time in the day to take them all in. And the cruel irony is that I typically don’t function well with less than 9 hours of sleep. So I have brief windows of opportunity to get my game on. In addition, mobile games, in particular iPhone games are getting better and better. Recent news from GDC that EA has finally jumped on the iPhone mobile gaming gravy train means offerings to put current ones to shame (and some independent developers likely soon out of business). To top things off, it appears that a game-changing technology is on the horizon. I mean, imagine being free of the limitations of your hardware! Crysis or Halo 3 frag fest on my netbook? Count me in!!!
On a related note, a soon-to-be-released game can have all the kudos in the world to hype it to the sky:
“Engrossing!” – Games-B-Us
“A sure fire candidate for Game of the Year!” – Game Fame
“Crawls inside your colon and stays for good!” – Game Scoop
But you can bet that if kudos from IGN are conspicuously absent, the release is nothing to write home about. This has been my personal experience for the most part anyway. (There WERE a few that IGN cooed about that never grabbed me: Mass Effect and Fallout3. Though I am currently giving the latter a second chance on the PC.)
Yours Truly,
Super N00b